Home News An Unintentional Outcome from a Kidney Transplantation

An Unintentional Outcome from a Kidney Transplantation

Although commonplace, kidney transplants are major operations and as such are associated with certain complications, the most feared of which is organ rejection. Consequently, immunosuppressant drugs are prescribed immediately following such a procedure although long term usage of them is not without its own dangers. Although rates of serious complications have fallen sharply in the last few decades, kidney transplants – like any other type of surgery – are not risk-free. For example, opportunistic fungal, bacterial or viral infections may occur in the early stages following transplantation.

Whether the organs are from deceased or living donors, there is generally no right or wrong way in deciding to accept a donor kidney. Many factors have an impact on how well and how long the transplanted kidney will function and these include the tissue match between the donor and recipient, the time immediately following surgery and the success of the anti-rejection medication. When it comes to overall survival however, the quality of organs from living donors outweighs those obtained from cadaveric donors (Figure 1). 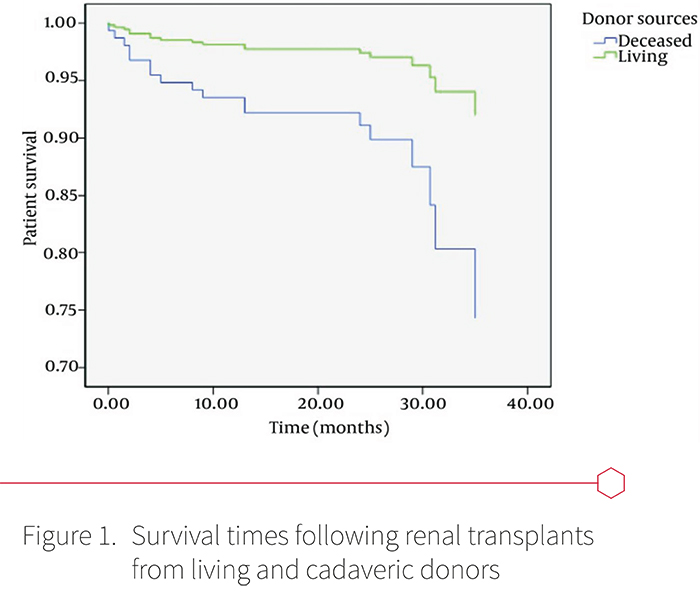 When donors are deceased, the kidneys are removed by surgeons and offered to transplant centres. Details such as age of the donor, the cause of death and long-term medical problems that the donor may have had can all affect the quality of cadaveric kidneys. Transplant centres do not have to accept kidneys from deceased donors if there are doubts about the quality of the organs.

Some years ago, a tragedy occurred when two male patients who had been on a transplant list were each given a kidney from an unnamed man. It transpired that the donor had been living on the streets and had previously been diagnosed with cirrhosis of the liver following a history of alcohol abuse. Although no postmortem was carried out, the recorded causes of death were meningitis and septicaemia. Both recipients were aware that the donor had died from a brain infection and had given their consent for the surgery to take place. However, they were probably unaware that several other transplant centres had refused the organs because of the history of the donor. Sadly, the two transplant patients died only days apart and within weeks of the surgery taking place. At autopsy, it was found that both men had died from meningoencephalitis as a result of a brain infection caused by the parasitic worm Halicephalobus gingivalis. It later transpired that the donor too had died by the same means.

Halicephalobus gingivalis (previously known as Micronema deletrix and Halicephalobus deletrix) is a soil-borne, free-living nematode (roundworm) commonly found in compost and manure (Figure 2). The parasite usually colonises in the host following ingestion of contaminated food or through abrasions in the skin. Once inside the body, the worm multiplies and invades the tissues and organs such as the brain. An opportunistic parasite, Halicephalobus gingivalis is known to cause neurological diseases worldwide in horses and other equine species. First described in 1954 by Stefanski, there have been around 40 reported cases of the nematode infecting horses but only 4 cases in humans, all of them proving fatal. The deaths of these two transplant patients were the first ever recorded for human to human transmission of the parasite and, together with the donor, were the first three deaths linked to the disease in organ transplantation anywhere in the world. 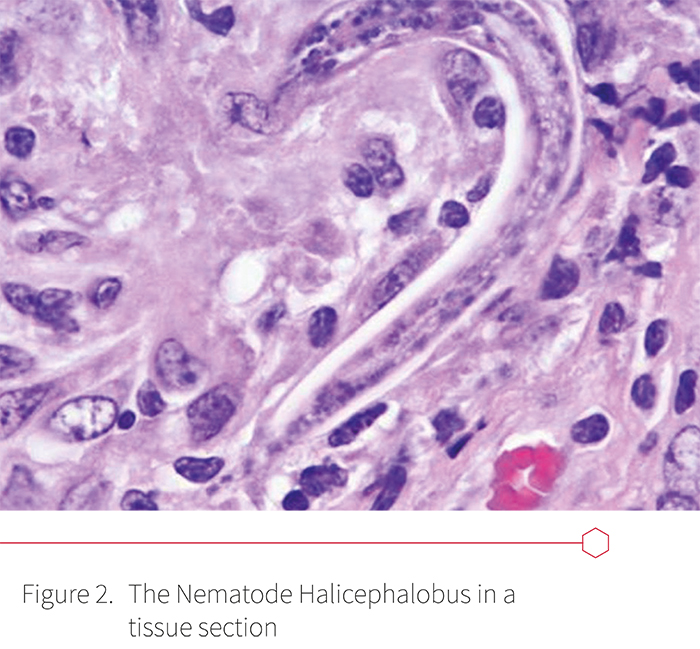 Following an inquest into the deaths of the two patients, there was some reservation as to whether the transplant surgeon had taken a calculated risk in accepting kidneys from a recipient that was known to have had meningitis when he died. However, in support of the organs being accepted by the transplant centre, NHS figures over the past decade have shown that there have been more than 50 patients with undiagnosed meningitis that have become organ donors. Also, the refusal of the other transplant centres in accepting the kidneys was not as a result of the parasite (since it was almost unknown to medical science in humans) but presumably because of the history and meningitis of the donor. The coroner agreed that there was no gross neglect or failure in accepting the kidneys for transplantation, especially as the infection was very rare and that there was no diagnostic test for identifying Halicephalobus gingivalis. Additionally, there was every indication that the kidneys would have functioned normally had it not been for the parasitic infection.

In the United Kingdom, whilst there are more than 5000 patients waiting for kidney transplants, there are less than 1500 donors (Figure 3). Donation of organs from living or deceased patients is paramount for any successful transplant programme and in Wales, whilst there is currently an opt-out system in place, there is no evidence that it has increased the rate of transplantation. However, this study has shown that when living or cadaveric donors become available, it is essential that patients and their families alike are presented with all relevant information regarding potential risks prior to transplantation so that more informed decisions can be made. 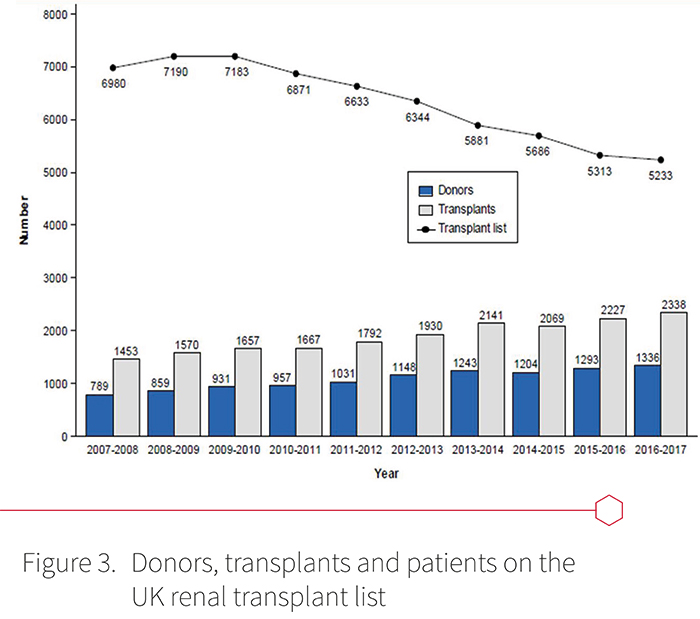