Hands-on with the LUMEA BxChip™ 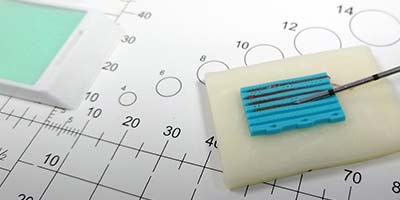 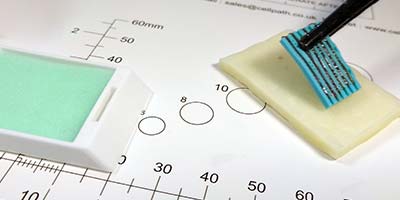 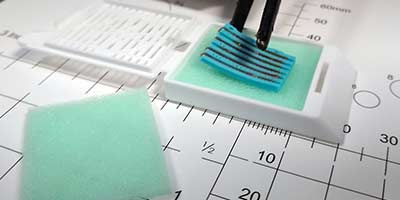 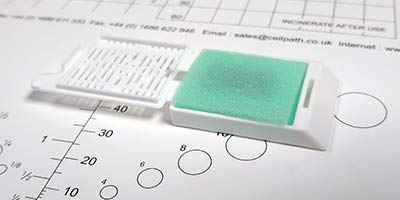 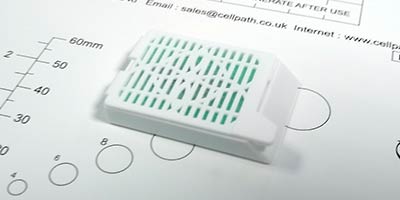 The smell of organs was the first clue that my day at work would be a little different to normal. As a Science Writer for CellPath Ltd I spend most of my time reading, researching and discussing the many consumables we sell and develop for the Cellular Pathology industry. Today it was time to get hands-on in our busy Research and Development laboratory.

Samples of our exciting new launch, the LUMEA BxChip™ had arrived and we were itching to try it out. In order to make the most of our experiment we ordered veterinary standard biopsy guns and collected fresh tissue from our local abattoir on the morning of our trial. Once in the lab we quickly started trying to get to grips with how to use a biopsy gun. I was joined by my colleagues Dr Max Maza and Mr Colin Brewer- both with extensive experience in laboratories. Colin has worked in biomedical science for so many years that there is no body part he hasn’t worked with! Our combined knowledge and experience, it transpired, did nothing to educate us on the best technique for using a biopsy gun.

After a quick detour via YouTube, we were comfortable we were using the correct instructions for our model of biopsy gun and were ready to practice. Our first tissue of choice was kidney. Held carefully in position by Colin, the kidney seemed an ideal candidate with a firm texture and sufficient size to ensure we weren’t likely to injure each other whilst we learned to use the biopsy gun.

Handling the gun required more force than I originally expected but I was soon able to manipulate it into the ready position and lined the tip up with the kidney surface. Carefully inserting the needle I could feel the consistent resistance from the tissue throughout.

Fire! The needle created surprising force through the tissue and the loud click gave resounding reinforcement to the fact a sample had indeed been taken. Withdrawing the needle required a steady hand which I certainly needed to work on.

We chose to expel our initial needle cores onto a slide so we could ensure the tissue was of good quality before we started to trial the chip too- we were trying out lots of new things today. The core took some force to remove from the needle, it felt a bit like squeezing icing from a bag. It was a success. The core expelled from the needle without any manual assistance, and with no fragmentation. Could it be a fluke?

We tried again, with me, Max and Colin each trying to use the biopsy gun as the kidney was supported. Some of the samples were slightly trickier to release from the needle than others but generally, it was a great success and we successfully extracted 6 cores from the first kidney and placed them in formalin.

We had another two tissue types to trial and now we understood the gun a bit better I was keen to get “stuck in”- excuse the pun. We were each able to successfully remove tissue cores from our three tissue types and all agreed that liver was easiest to manipulate. We found that when the cores were expelled from the needle they were robust and intact. We transferred them to formalin and began preparing for the second stage of our experiment.

Now that we knew how to use the gun and had identified which organ would produce the best samples for our lab experiment it was time to get to grips with the LUMEA BxChip™. Opening the sterile packet I encountered a large absorbent pad that was dampened with sterile saline. This pad helps to keep the chip, made from a biomimetic protein gel, damp and prevent it drying up. The chip is supplied in either low concentration formalin or sterile saline to best meet the needs of different users. During use, extra formalin or saline can be pipetted onto the chip at any time if you’re working a little more slowly- like we were.

After turning over the absorbent pad I could now see the chip. It handled easily with tweezers and was robust enough to be moved around but remained pliable. With the chip removed from the pack and lined up alongside the chosen tissue- liver, we were ready.

I positioned the needle inside the liver and again fired the gun to retrieve a sample. Carefully removing the needle I lined it up with the first channel of the chip- as indicated by the indented marker and clearly visible from above. My hands were much steadier now that I’d practiced using the gun a little and I found the channel width meant I could rest the needle tip on the surface of the chip whilst I expelled the sample. As before, the “icing-bag” feeling of piping the sample was the same, however with guiding channel walls I was able to lay the sample down in a perfectly straight line on my very first attempt. We were all surprised it had seemed so easy. I decided to have another go, curious if it would be more difficult when the chip began to fill. It wasn’t! Again, the core expelled in a neat straight line and settled into the second channel. Next Max and Colin had a go. It soon transpired I wasn’t just experiencing a lucky streak, nor had I discovered a previously suppressed talent. It really was that easy.

We were very impressed and proceeded to fill each of the six channels of the chip, stopping frequently to admire our handiwork. Once full we transferred the chip back into the cassette and submerged it into a pot of formalin. Colin, with his years of small biopsy handling experience, couldn’t believe it could be so simple and resource efficient to simultaneously process 6 biopsies, which are traditionally of a notoriously fiddly nature. In a real world scenario, the filling of the chip would be conducted in the procedure room with samples taken direct from the patient. Once placed into a pot of formalin the chip would then be transferred to the hospital laboratory where it would then be processed as normal.

In our scenario we had conducted the whole process in the lab and used untrained staff with post mortem animal organs to take our samples. We found the transfer much easier than expected and we found the block processed well.

I can’t wait to hear from our customers who use this technique in their hospitals and find out more about the quicker turnaround times and improved diagnoses you are all able to deliver through use of the LUMEA BxChip™.

If you already can’t wait to get hands-on then visit CellPath on booth 618 at IBMS Congress this year. As well as the chip itself, we will also have processed blocks and stained slides on display so you can see the results of using the chip at every stage of the process.

We look forward to seeing you there!