Bladder Cancer and the White House 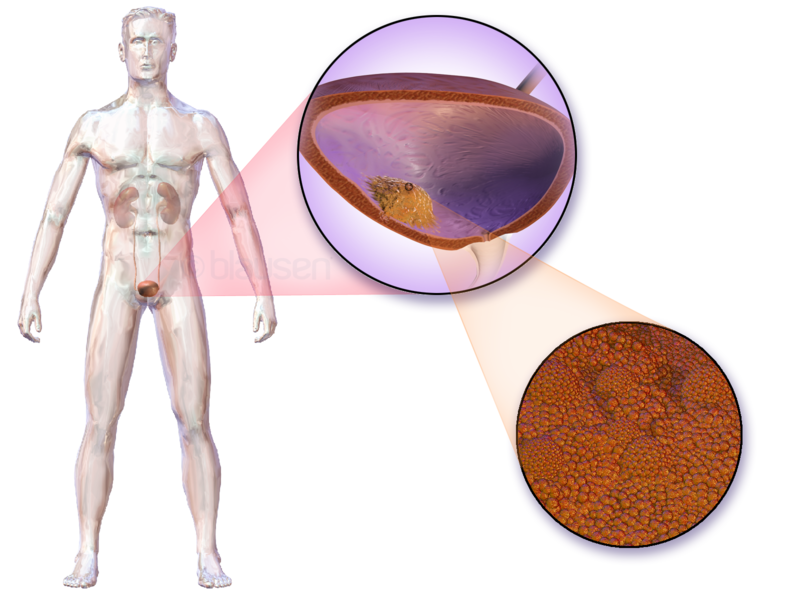 In the United States, bladder cancer has as much an obscure partnership with Hollywood as it does with the White House. With more than 70,000 individuals currently diagnosed each year and a high recurrence rate, the actual prevalence of active bladder cancer in the USA at any given time is probably more than half a million people. Consequently, it was inevitable that the disease would one day afflict someone with celebrity status. This report is a classic case of what might have been which may have changed the face of American history. It is a true story.

Following the onset of haematuria in a 56-year-old male, a pathologically significant finding in a bladder biopsy taken at the time was ignored by experts for many years until the disease had become clinically apparent. Following the death of the patient sometime later, his tissue samples were the subject of an innovative laboratory investigation.

So, who was this celebrity whose death helped pave the way for this advancement in modern laboratory technique? Was his premature death really avoidable? Would the course of American history have been altered had he survived?

Born in Wallace, South Dakota on the 27th May 1911, he attended local public schools and graduated from college with a degree in pharmacy. For the next few years, he worked as a pharmacist in his family drugstore in Huron, South Dakota. Even in those early years, he was interested in politics and later studied and taught at the universities of Minnesota and Louisiana until 1941. He was involved with the War Manpower Commission and became the Minnesota state director for the War Production Training and chief of the War Service Programme.

Following a brief spell as professor of political science at a local college, he became the mayor of Minneapolis in 1945. A few years later, he was elected as the Democrat candidate for the US Senate and served there for sixteen years. In 1964, he was elected as the 38th Vice President of the United States and served with President Lyndon B Johnson.

Three years later, he was narrowly defeated by the Republican Richard Nixon for the presidency. Although he was again elected to the US Senate in 1971, he failed as the Democratic presidential nomination the following year. In 1977, the position of Deputy President of the Senate was created for him but he died in office the following year in Waverly, Minnesota. His body lay in state and he was buried in Lakewood Cemetery, Minneapolis.

In 1967, while Vice President of the United States, he was admitted to Bethesda Naval Hospital in Maryland with haematuria. Subsequent cystoscopy showed chronic cystitis and although a bladder biopsy identified a small area of dysplasia, no malignancy was reported. Although urine cytology was performed and reported as inconclusive by several pathologists, Dr John Frost, a cytopathologist from the Johns Hopkins Institute in Baltimore, reported signs of malignancy. However, following consultations, a watch and wait strategy was implemented and a 6 monthly cystoscopy arranged.

Although a further biopsy taken two years later showed in situ carcinoma, the patient remained asymptomatic for four more years. However, in 1973 a biopsy of his prostatic urethra showed borderline malignancy and it was subsequently treated with drugs and radiotherapy. Three years later, recurrent haematuria developed and a further bladder biopsy showed invasive carcinoma. Consequently, the entire bladder was removed and histology showed invasive transitional cell carcinoma with secondary deposits in the lymph nodes. He died as a consequence on 13th January 1978.

Sixteen years later in 1994 and with permission granted, scientists at Johns Hopkins set about analysing the tissues that had been stored frozen. Using the polymerase chain reaction (PCR – a method for making multiple copies of a DNA sequence), the team identified tell-tale mutations in the p53 tumour suppressor gene found on chromosome 17 in the tissue samples.

Furthermore, a number of cells in the original urine sample taken in 1967 harboured the same p53 mutation as that found in samples taken from the bladder specimen that was removed in 1976. The mutations were site-specific but were not present in the non-cancerous bladder tissue that was removed during the operation. The recognition that the tumour cells carried the mutation but the normal cells did not, vividly illustrates how tumour cells are often distinguished by a gene mutation that most probably arose during cell division of tissue that was previously normal. Although this work is subjective, the fact remains that this patient and his bladder cancer illustrated the true value of PCR (Polymerase Chain Reaction).

What the technique confirmed, in this case, is that the symptoms he displayed in 1967 were medically significant, even though it took a further nine years for the disease to become clinically obvious. It is tempting to pose that if the signs of malignancy reported in 1967 by Dr John Frost had been accepted (and the treatment regime commenced immediately), this patient may have changed the course of history and become President of the United States. Equally, had he known of the diagnosis sooner, he may well have withdrawn from the 1968 presidential race with Richard Nixon. So, who was this mysterious patient? The answer is Hubert Humphrey.